The heroic city of Naoussa

The headquarters of Trigiro and essential step of your tour with us is a well-hidden city called Naoussa, situated in Macedonia, at the foot of the Vermio Mountains. 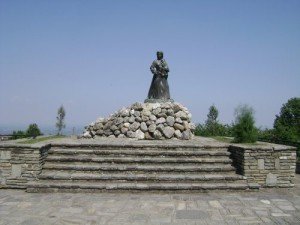 What is the story behind the city Naoussa?

Naoussa owes its name to the Romans, who established in the current position of the city the colony of Nova Augusta. The name evolved until today to become Naoussa.

From the mid-15th century and until the declaration of independance in 1821, most of Greek territories were occupied by the Ottoman Empire, in particular Northern Greece, which formed with Constantinople and Northern Anatolia the most important part of the Empire. This period was known as Tourkokratia (“Turkish rule”) and left its traces in Greek culture, in such a way that we can still notice today.
But Naoussa resisted to the invaders in a heroic and tragic way: A lot of women prefered indeed to jump from “Stoubanoi” Bridge with their children rather than fall to the hands of the Turkish Army. This happened about 200 years ago, and Naoussa was from then on called “the Heroic city”.

Today, the place is warm and welcoming: you’ll discover its main round square circled by bars where locals exchange the last news, its delicious bakeries, its fresh and green parks and its plantings of cherries, peaches and apples.

During the Trigiro tours in Naoussa you will discover all these and more. Prepare yourself for a long and interesting city history, for hiking and biking tours around the nature of Naoussa, for wine tastings of the Naoussa wine variety ¨Xinomavro¨ and many other incredible experiences. 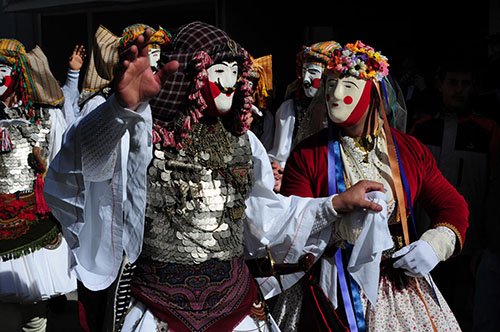 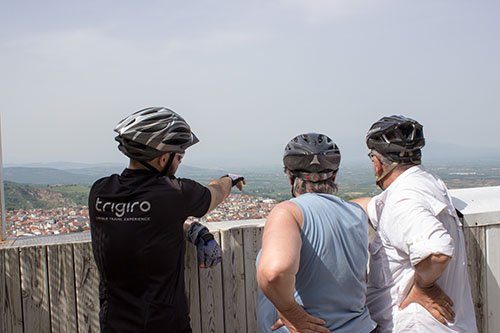