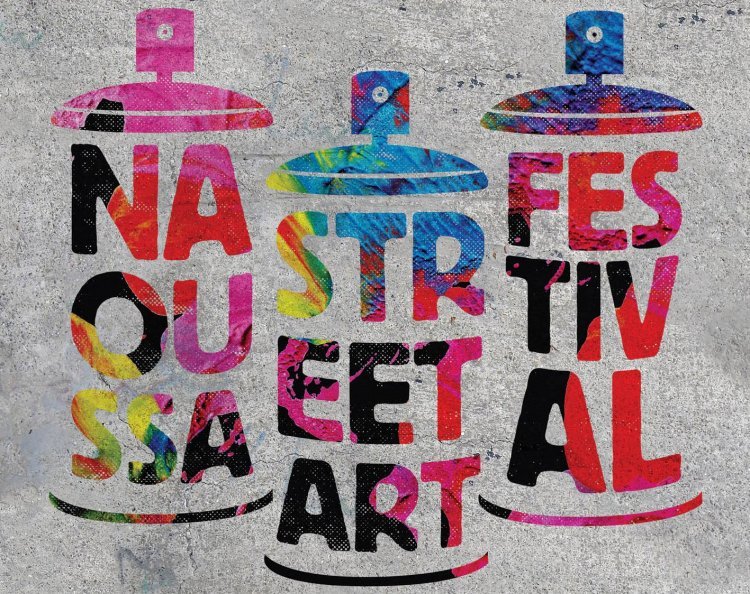 The Municipality of Naoussa city organizes the 1st Road Art Festival entitled “Naoussa Street Art Festival”, which will take place from 28 August to 10 September 2017. Similar festivals are organized successfully in other cities in Greece and abroad, In Naoussa will take place for the first time in order for the festival to become an institution and the city to become an artistic reference point attracting artists and visitors.
During the festival, in collaboration with the artistic team “Loba Team”, visual interventions will take place in various buildings and outdoors of the city (entrance of Naoussa, area of Labor Center, industrial building “Vetlans”, 4th Elementary School etc.) which additionally will be displayed on a special screen at Karatasou Square.

Book your trigiro tour now, be a part of the 1st Naoussa Street Art Festival and many other surprises!

Also cultural events will be part of the festival, whose program is as follows:

August 25-31
Visual exhibition with works by artists at the 6th Lobart Festival at the “Christos Lanaras” Cultural Center, room Eria. From August 26 to September 31, artists will perform visual arts interventions in various parts of the city.

Friday 1 September
Music Concert with the musical “Jazz on the Road” (quartet N. Papavranousis) at Aghia Paraskevi Square at 20:30.

Thursday 7 September
Musical concert with “Reggetiko Project”, a combination of acoustic renegade and rebetiko at the entrance of the Municipal Park (sintrivani) at 20:30.

Sunday 10 September
Music Concert entitled “Back to school Concert” in view of the new school year with Isaiah Matiabba and Myron Stratis on the pavement of the Municipal Park at 21:00.

Book your trigiro tour now,
be a part of the 1st Naoussa Street Art Festival and many other surprises!