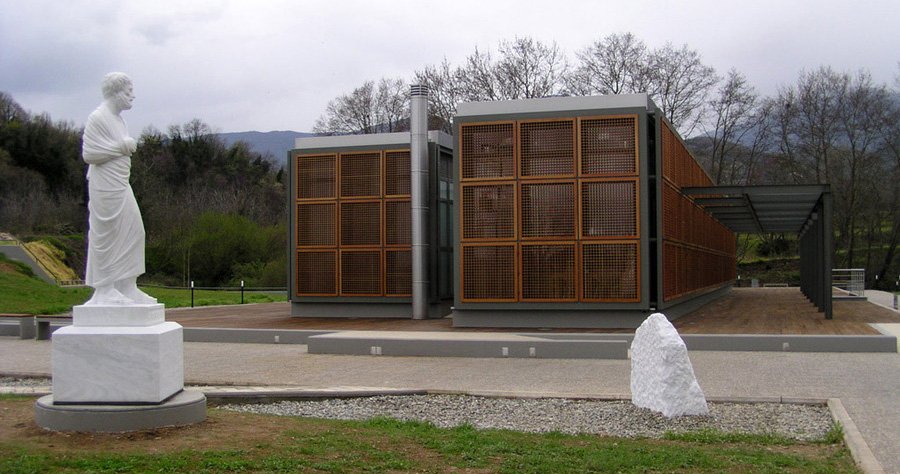 Cycling in a greek ancient road

A place of universal interest, the ruins of Aristotle’s School, is a found 2 kilometers away from the contemporary Naoussa. This is the place that accommodated the School with the racing water and the deeply-shaded caves, mentioned by the ancient writers, where the greatest philosopher of the antiquity taught the greatness of classical Greek. Where the philosopher Aristotle taught young Alexander and other nobles of the Macedonian court at the middle of 4th century b.c. The encounter of these two Great personalities of the ancient world at the Nympheon of Mieza would definitely affect the future of mankind, and of all Western Civilization. Mieza was, in antiquity, one of the most important cities in Macedonia.

An idyllic landscape with caves, rich vegetation and water was the ideal place for the Nymphaion. A porticoed building in the ionic order has been discovered, which was identified as the “peripatos” of the philosophical school.

Walk the philosophical road of Aristoteles in our Naoussa tours with us and feel like Alexander in the 4th century b.c.